The History and Evolution of Sparky

School mascots change and evolve to capture the spirit, pride and tradition of the institution. Before Sparky, ASU’s mascot was a bulldog from 1922 to 1946. Originally designed as a logo by artist and former Disney® employee Berk Anthony in the late 1940s, Sparky made his debut as a mascot in 1951. His costume was created and portrayed by ASU student Dick Jacobs, who performed stunts that may be considered dangerous today. After a few costume updates to keep with the times, today’s beloved Sparky the Sun Devil is recognized across the country and can be seen stomping the opposing team’s bus before each football game and performing a push-up for every point scored after a touchdown. 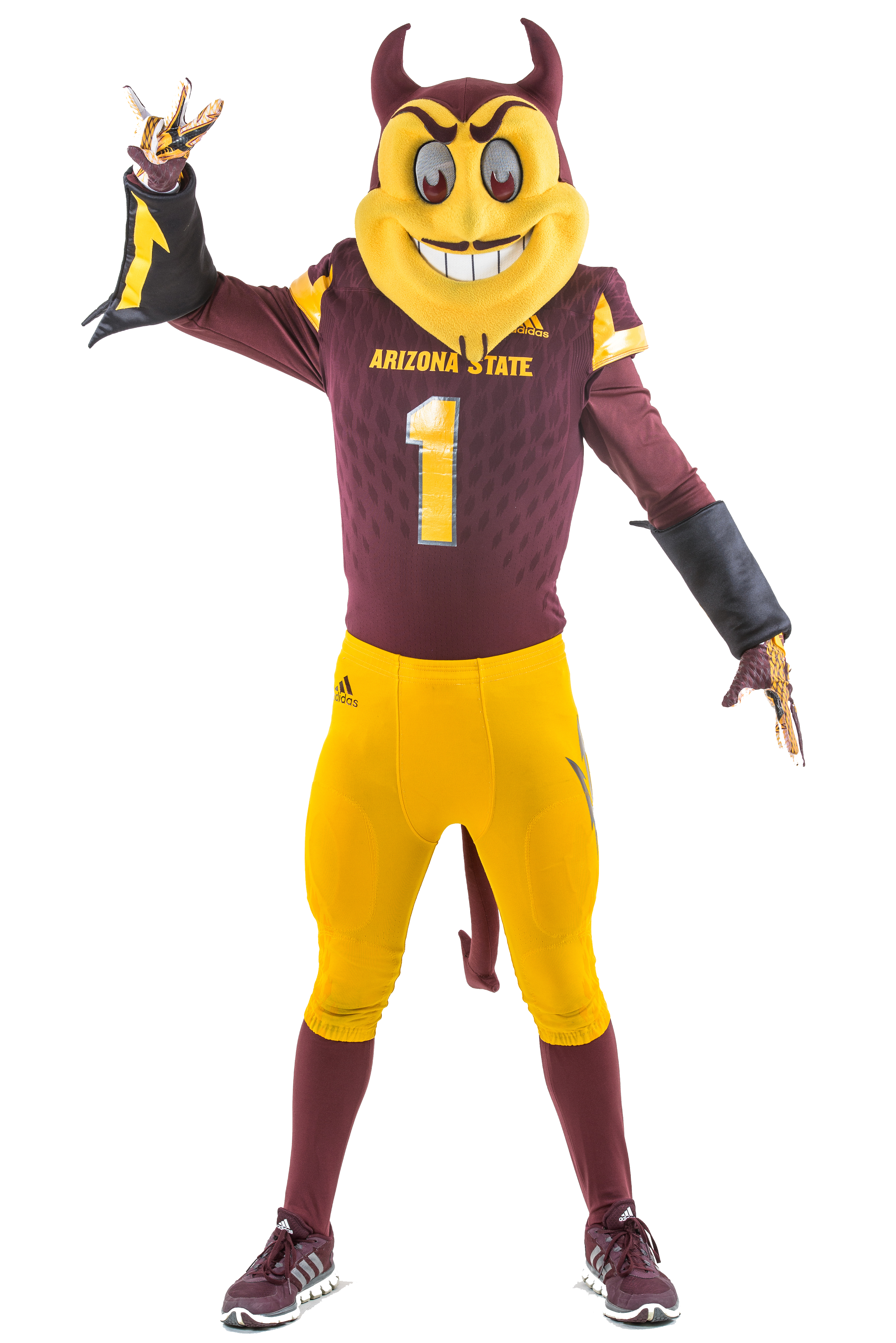 ASU was founded in 1885. After more than 130 years, it’s no surprise that the university is steeped in lots of rich tradition. Hear Emily and Ben talk about some of ASU’s bigger traditions, and find out who the inspiration for Sparky the Sun Devil was.